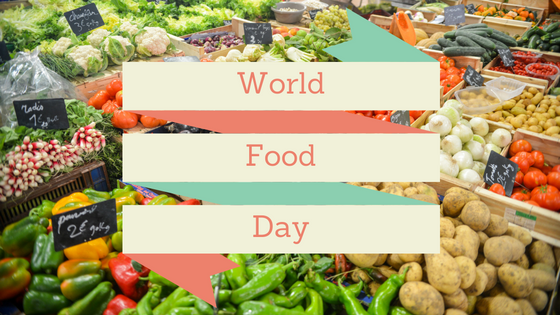 Food and Agriculture Organization is formed by the United Nations

Theme is "Food and the environment"

Theme is "Climate is changing. Food and agriculture must too"

World Food Day is celebrated every year around the world on 16 October in honor of the date of the founding of the Food and Agriculture Organization of the United Nations in 1945. The day is celebrated widely by many other organisations concerned with food security, including the World Food Programme and the International Fund for Agricultural Development.

The World Food Day theme for 2014 was Family Farming: “Feeding the world, caring for the earth”; in 2015 it was “Social Protection and Agriculture: Breaking the Cycle of Rural Poverty”; in 2016 it is Climate Change: “Climate is changing. Food and agriculture must too”,[1] which echoes the theme of 2008, and of 2002 and 1989 before that.