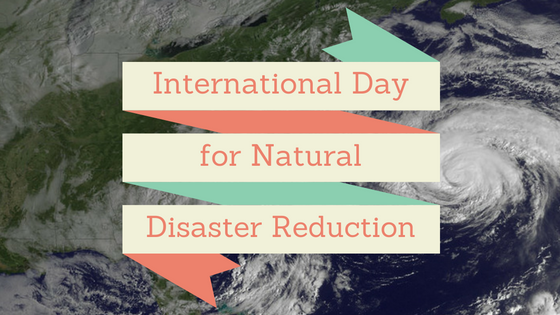 Theme is "Living with Disability and Disasters"

The International Day for Disaster Reduction (IDDR) encourages every citizen and government to take part in building more disaster resilient communities and nations.

In 2002, by a further resolution, the General Assembly decided to maintain the annual observance as a vehicle to promote a global culture of natural disaster reduction, including prevention, mitigation and preparedness.[2]

In 2009, the UN General Assembly decided to designate October 13 as the official date and also changed the name to International Day for Disaster Reduction.[3]