We bring the world of global learning and development education to you!
Stay informed!

Real artifacts from around the world, help to bring your lessons to life!
View our collections!

Fairtrade Fortnight is an annual promotional campaign which happens once every year, organized and funded by the Fairtrade Foundation to increase awareness of Fairtrade products. It makes use of volunteers who support the goals of Fairtrade but who may also be committed to the more general concepts of fair trade, ethical trading or concerned by development issues. 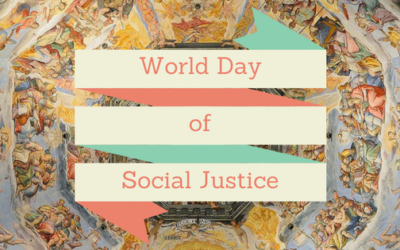 World Day of Social Justice is a day recognizing the need to promote efforts to tackle issues such as poverty, exclusion and unemployment. Many organizations, including the UN and the International Labour Office, make statements on the importance of social justice for people. Many organizations also present plans for greater social justice by tackling poverty, social and economic exclusion and unemployment. The United Nations General Assembly has decided to observe 20 February annually, approved on 26 November 2007 and starting in 2009, as the World Day of Social Justice.

spiritedpictures.org/charity/ Female Genital Mutilation: A Change Has Begun is a short and intimate, survivor-led account of life with FGM which speaks of the positive shift in perspective within practicing communities in the UK. This 10...

The Girl Effect: The Clock is Ticking

Female genital mutilation (FGM) comprises all procedures that involve partial or total removal of the external female genitalia, or other injury to the female genital organs for non-medical reasons, and is recognized internationally as a violation of the human rights...

When The Time Comes

When The Time Comes, Short Documentary (13 min, 2013) Shot among the Samburu semi-nomadic tribe of Kenya, "When The Time Comes" portraits its relation to the ancestral and controversial practice that is female circumcision (Female Genital...

Each year on 4 February, WHO and International Agency for Research on Cancer (IARC) supports Union for International Cancer Control (UICC) to promote ways to ease the global burden of cancer. Visit the UN website at: http://www.un.org/en/events/cancerday/

Stay informed with our blog!

We bring the world of global learning and development education to you!

Discover the latest stories from around the world, informative and timely articles, links to useful websites, educational videos, and wonderful teaching resources.

We pride ourselves on quality and inspirational delivery that makes connections between global issues and local contexts. Please contact us to discuss variations or further requirements.