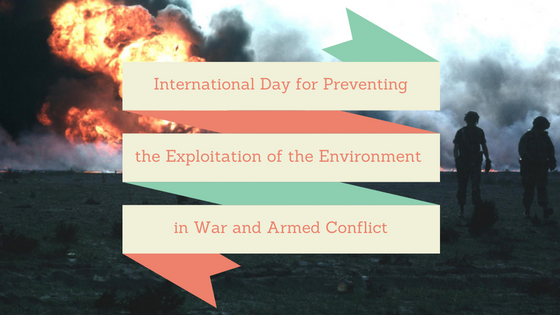 Of all internal conflicts have been linked to the exploitation of natural resources.

All 193 Member States adopted a resolution committing to protect the environment in areas affected by armed conflict.