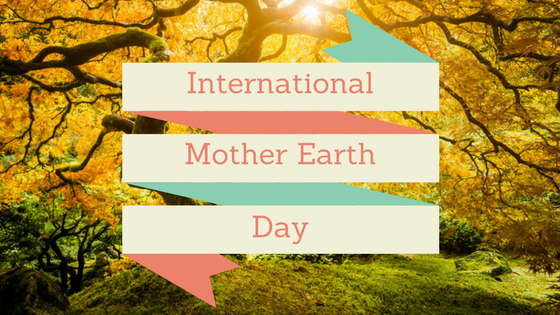 Million is the estimated total number of species on Earth.

International Mother Earth Day was established in 2009, by the General Assembly under Resolution A/RES/63/278. The Resolution was introduced by The Plurinational State of Bolivia and endorsed by over 50 member states.[1] It recognizes that “the Earth and its ecosystems are our home” and that “it is necessary to promote harmony with nature and the Earth.” The term Mother Earth is used because it “reflects the interdependence that exists among human beings, other living species and the planet we all inhabit”. It is decided to designate April 22 as International Mother Earth Day.[2]