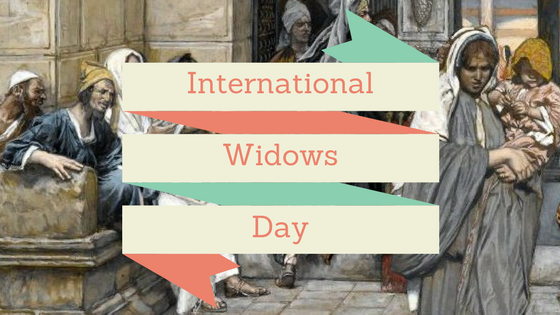 There are an estimated 259 million widows.

Over 115 million widows live in poverty struggling to survive.

International Widows Day is a United Nations ratified day of action to address the “poverty and injustice faced by millions of widows and their dependents in many countries”.[1]The day takes place annually on 23 June.

International Widows Day was established by The Loomba Foundation to raise awareness of the issue of widowhood. The significance of 23 June is that it was on that day in 1954 that Shrimati Pushpa Wati Loomba, mother of the foundation’s founder, Lord Loomba, became a widow.[2] One of the foundation’s key goals is to highlight what it describes as an invisible calamity. A 2010 book, Invisible, Forgotten Sufferers: The Plight of Widows Around the World, estimates that there are 245 million widows worldwide, 115 million of whom live in poverty and suffer from social stigmatization and economic deprivation purely because they have lost their husbands.[3] As part of the Loomba Foundation’s awareness campaign, this study was presented to UN Secretary General Ban Ki-moon on 22 June 2010.[4]