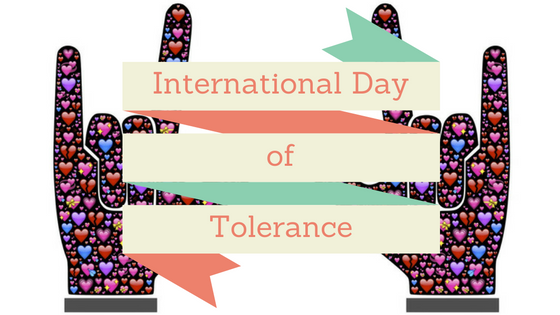 125th anniversary of the birth of Mahatma Gandhi

was also the year when UNESCO Member States adopted the Declaration of Principles on Tolerance.

The International Day for Tolerance is an annual observance declared by UNESCO in 1995 to generate public awareness of the dangers of intolerance. It is observed on 16 November. The entire text of the Declaration of Principles on Tolerance[1] is included below.

Article 1 – The Meaning of Tolerance

1.1 Tolerance is respect, acceptance and appreciation of the rich diversity of our world’s cultures, our forms of expression and ways of being human. It is fostered by knowledge, openness, communication, and freedom of thought, conscience and belief. Tolerance is harmony in difference. It is not only a moral duty, it is also a political and legal requirement. Tolerance, the virtue that makes peace possible, contributes to the replacement of the culture of war by a culture of peace.

1.2 Tolerance is not concession, condescension or indulgence. Tolerance is, above all, an active attitude prompted by recognition of the universal human rights and fundamental freedoms of others. In no circumstance can it be used to justify infringements of these fundamental values. Tolerance is to be exercised by individuals, groups and States.

1.3 Tolerance is the responsibility that upholds human rights, pluralism (including cultural pluralism), democracy and the rule of law. It involves the rejection of dogmatism and absolutism and affirms the standards set out in international human rights instruments.

1.4 Consistent with respect for human rights, the practice of tolerance does not mean toleration of social injustice or the abandonment or weakening of one’s convictions. It means that one is free to adhere to one’s own convictions and accepts that others adhere to theirs. It means accepting the fact that human beings, naturally diverse in their appearance, situation, speech, behaviour and values, have the right to live in peace and to be as they are. It also means that one’s views are not to be imposed on others.