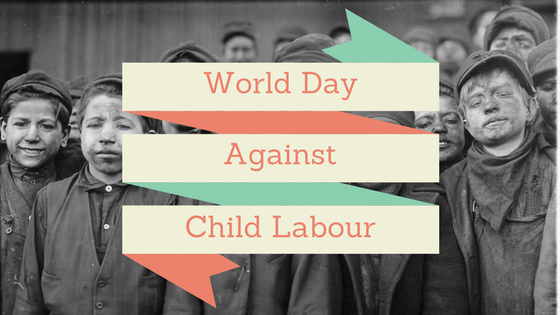 An estimated 120 million are engaged in hazardous work.

73 million of these children are below 10 years old.

The World Day Against Child Labour, which is held every year on June 12, is intended to foster the worldwide movement against child labour in any of its forms.

The International Labour Organization (ILO), the United Nations body which regulates the world of work, launched the World Day Against Child Labour in 2002 in order to bring attention and join efforts to fight against child labour. This day brings together governments, local authorities, civil society and international, workers and employers organizations to point out the child labour problem and define the guidelines to help child labourers.

According to ILO’s data, hundreds of millions of girls and boys throughout the world are involved in work that deprives them from receiving adequate education, health, leisure and basic freedoms, violating this way their rights. Of these children, more than half are exposed to the worst forms of child labour. These worst forms of child labour include work in hazardous environments, slavery, or other forms of forced labour, illicit activities such as drug trafficking and prostitution, as well as involvement in armed conflict.

The World Day Against Child Labour provides an opportunity to gain further support of individual governments and local authorities, as well as that of the ILO social partners, civil society and others, in the campaign to tackle child labour.