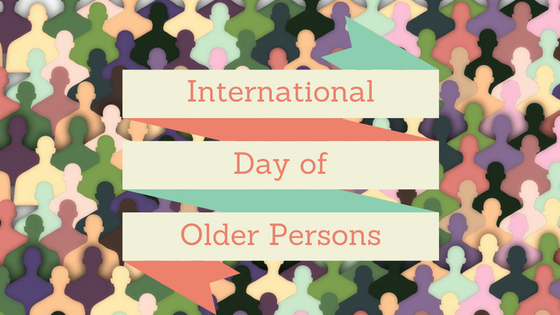 the theme was "The future we want: what older persons are saying"

the theme is "Take A Stand Against Ageism"

The International Day of Older Persons is observed on October 1 each year.

On December 14, 1990 the United Nations General Assembly voted to establish October 1 as the International Day of Older Persons as recorded in Resolution 45/106.[1] The holiday was observed for the first time on October 1, 1991.[2]

The holiday is celebrated by raising awareness about issues affecting the elderly, such as senescence and elder abuse. It is also a day to appreciate the contributions that older people make to society.

This holiday is similar to National Grandparents Day in the United States and Canada as well as Double Ninth Festival in China andRespect for the Aged Day in Japan. The observance is a focus of ageing organizations and the United Nations Programme on Ageing.

Read the full entry on Wikipedia.